New York Casino With Little Money Going Out Of Business?

The state comptroller’s office has published an audit report that was released recently, which claimed that the City of Niagara Falls will be broke by December. The reason for this situation according to the report is attributed to the current row between the state and Seneca Niagara Casino. Following the report, the comptroller has made recommendations urging city officials to take action immediately in order to avert serious financial problems that are likely to come after December. 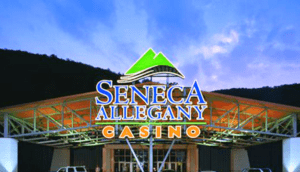 At least, the blame has been laid on the New York casino industry, which the comptroller is accusing of sabotaging development in the city of Niagara Falls. According to the comptroller’s audit report, the City of Niagara Falls has been using approximately $9 million in casino revenue every single year for close to four years now since 2014. Through the help of that money, it has been easy to finance the budget.

There is no exact figure on the amount Niagara Falls usually receives from the tribe. Over the years, there has been fluctuation over the amount of money the city receives. For instance, in 2013, the city received $14.2 million as revenue from casinos, but the amount that w received last year was $2 million less. This according to the auditor is so worrying.

After the release of the audit, City of Niagara Falls Mayor Paul Dyster went on record to say that the auditor’s report went overboard and that the situation is not as troubling as the report indicates. The mayor is optimistic that payments from the New York casino sector will resume very soon. For a long time, The Seneca’s have shown their discontent over the way the state has conducted gambling expansion, which The Seneca’s believe is a deliberate move to injure their businesses.

The Seneca’s operate Seneca Allegany Casino that is situated in Salamanca and Seneca Buffalo Creek that is located in Buffalo’s downtown. It should be remembered that 8 years ago in 2009, the tribal group froze their payment to the state by arguing that it was wrong for the state to aloe racinos to offer casino games.

Following the stand-off that lasted four years since 2009, the state finally conceded and admitted that it was wrong to make such an unfortunate move. Again, just six months ago, the Seneca community stopped making payments with fresh claims that the payments are not in accordance to the compact, which they signed a couple of years earlier.

Records indicate that the initial compact deal between the tribal group and the state was signed 15 years ago in 2002, which was due to expire in December 2016. In the 2002 compact deal, there is a specific clause that allows for the termination of the mutual agreement between the community and the state.

The clause clearly states in part, ‘…after 15 years, there shall be an automatic extension for another seven years, provided there is no objection from either party.” As things are, nothing seems to come by because neither the state nor the tribal community is willing to come down for a round table consultation.

Previous News Article: 3What Are The Different Types Of Mobile Casino Bonuses? 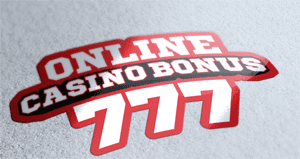